Skip to content
Home/Blog/Where to from here for Germ Theory?
Previous Next

Where to from here for Germ Theory?

It’s more than 150 years since Louis Pasteur shot to stardom. His promotion of the Germ Theory of disease in the mid 1800’s led that theory to gaining prominence, and then dominance, in western medicine as the preferred way of managing human health.

During that time, the pendulum swung so far that all bacteria were seen to be bad and needed to be destroyed. That pendulum is now on its way back and people are starting to take account of other observations that may counter this 150-year-old view.

At the time of Pasteur’s promotion of the Germ Theory, he had an intense rivalry with a French research scientist, Antoine Bechamp, who was the proponent of an alternative theory called the Host Theory. 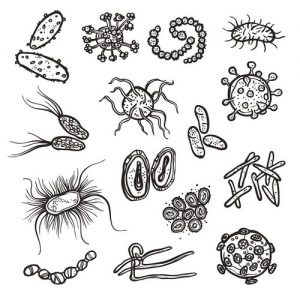 Today, gut health is taking centre stage as a key ingredient to a healthy body. The strength of the individual’s immune system is also recognised as being closely associated with the level of gut health. The effect of the existence of millions of micro-organisms, mainly bacteria, living in a balanced or imbalanced environment in the human gastro-intestinal tract, has become the central focus of microbiologists, immunologists and health practitioners worldwide.

As understanding of micro-organisms in the gut advances, the strength of the Germ Theory is slowly unravelling. In its place, versions of Bechamp’s Host Theory are gaining momentum. With a strong immune system, supported by a balanced microbial population, it seems that the body can remain strong and not become subject to disease and ill health. 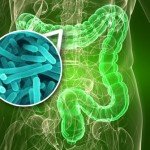 There is a new gut health language appearing all around us. A couple are important in this context. The term human ‘microbiota’ refers to a wide variety of bacteria, viruses, fungi, and other single-celled animals that live in the body. Each of these single cells inside our body contain their own genetic material. This genetic material is called the ‘microbiome’.

These cells only take up a tiny amount of space in our body, but they are 90% of all the cells and all the genetic material inside the human body. The rest of the physical body consists of only 10% of our cells and genetic material. It is now recognised that these single celled organisms function in a symbiotic manner with their host, the human body. Humans are now considered to be ‘holobionts’ as a way of describing this symbiotic relationship. The gut bacteria influence fundamental ‘host’ processes including metabolism, weight, maturation, the immune system, brain function and decision making. In return, the ‘host’ creates the conditions that support, allow or inhibit the development of specific groups of bacteria and responds to signals emitted by the microbiota.

With the discovery of the existence of micro-organisms and their association with disease, in the late 1800’s researchers and scientists set about finding ways to kill the micro-organisms in order to kill the disease. The first ‘success’ was achieved by Paul Erhlich in 1905 when he identified his first pharmaceutical formulation that would kill specific micro-organisms, but not the patient. Ehrlich called these chemicals ‘magic bullets’. He later coined a second term still used today, ‘chemotherapy’, to denote the use of chemicals in the treatment or control of diseases.

Our love affair with the Germ Theory has been almost absolute in the western world. With the broad scale introduction of the first antibiotic, penicillin, at the end of WWII, the notion of killing the bacteria in order to kill the disease appeared to be the pathway to nirvana for the pharmaceutical industries, supported by governments and medical associations.

One of the tenets of the Germ Theory is that cells do not change shape or form, that they are monomorphic. This assumption was made prior to a modern understanding of human microbiota. More recent evidence is pointing to some human microbiota as being pleomorphic, changing their shape and form depending on the environment in which they are living.

As the ‘fight’ against disease has progressed in the past 150 years, especially with the use of chemicals such as antibiotics and vaccinations, more and more resistant and adapted strains of diseases are emerging. Rather than ‘killing’ the disease, this approach of attempting to wipe out the offending organism has resulted in the presence of a far wider range of variants that appear now to be unassailable with modern medicine’s Germ Theory approach. We now have superbugs in the human body that cannot be controlled with antibiotics (and correspondingly super weeds in the environment that cannot be killed either). These adaptations and resistances are examples of pleomorphism where the organism changes form, or adapts, depending on the environment that it encounters. There are two main options used by western medicine to control the adapted organisms that have not been eradicated from the particular target chemical. These options are stronger antibiotics and more frequent booster shots of vaccinations. 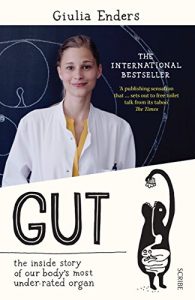 In her book ‘The Gut’, Guilia Enders states “Our relationship with antibiotics is an arms race: we use them to arm ourselves to the hilt when faced with dangerous bacteria, and they respond by arming themselves with even more dangerous resistances.” She goes on to describe the pathway of an antibiotic once it has been swallowed, travelling through the digestive tract to the stomach and onto the gut before entering the blood stream. On its way, it “peppers our microbe collection with holes, poisons our gut bacteria, and makes them sterile.” Now understanding the role of these microbes, this does not seem like a happy prospect for the health of the human body!

In my book, ‘Eat … Think … Heal’, I wrote extensively about the introduction 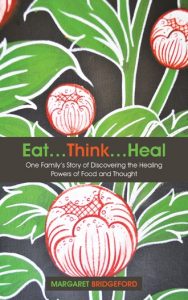 of artificial fertilisers into agriculture and the effect of these chemicals on the soil’s complex ecosystem, impacting on the health of the soil, and then the plants and animals, eventually impacting human health through loss of vitamins and minerals in the food that we consume from the earth. This introduction of artificial fertilisers eventually led to the widespread uptake of ‘industrial agriculture’ across the western world. The intention of industrial agriculture is to control the environment as much as possible by removing unwanted plants and insects and artificially promoting growth in order to increase yield and reduce operating costs as much as possible.

When we look around us today we are seeing a similar effect on human health from the introduction of ‘silver bullets’ in all forms in our industrial health systems. The intention was to destroy unwanted microbes. In the process we are destroying the ecosystem of the human body. Just as a linear approach to the soil’s ecosystem cannot overcome nature’s adaptability and will eventually unravel, so too are we observing and experiencing the unravelling of a linear approach to human health with more than 150 years of unwitting, unquestioned adherence to the principles of the Germ Theory.

As we see chinks in the armour of Germ Theory, we are also seeing the stakes being raised in the battle to control human health. Bacteria are raising the stakes themselves by resisting extinction. As other options are placed on the table to be considered by our western medical model, those whose knowledge base revolves around the Germ Theory and whose livelihoods are dependent on this model will no doubt raise the stakes themselves, in defense of what they ‘know’ and believe to be true.

Goethe was a famous German writer and philosopher around the same era as Pasteur and Bechamp. Perhaps he would smile at this quote, credited to him, and seemingly relevant today.

“In the sciences, people quickly come to regard as their own personal property that which they have learned and had passed on to them at the universities and academies. If someone else comes along with new ideas that contradict the Credo and in fact even threaten to overturn it, then all passions are raised against this threat and no method is left untried to suppress it. People resist it in every way possible: pretending not to have heard about it; speaking disparagingly of it, as if it were not even worth the effort of looking into the matter. And so a new truth can have a long wait before finally being accepted.”

The only way I can see to overcome the natural self-interest displayed (wittingly or unwittingly) by organisations and individuals in authority, is to be informed – read widely,  listen to a range of opinions, listen to your own intuition, and filter what seems right for you. This allows  you to take personal responsibility for your own health. I know a very healthy, vibrant 77 year old man who tells the doctor, whenever he does visit, that he will be interested in his opinion, but he will be making his own decisions.

My aim with this blog and my website is to contribute material in a reader-friendly manner to allow you to form your own opinions too!

To read more about gut health, go to my blogs Gut Health Made Simple, and Simple Steps to Healthy Eatingas well as Bone Broth – the Healing Powerhouse.

Until next time, remember … let nature be the doctor!

Science Museum of the United Kingdom

Enders, Giulia. Gut: The Inside Story of Our Body’s Most Under-Rated Organ. Scribe Publications, 2017

About the Author: Margaret Bridgeford